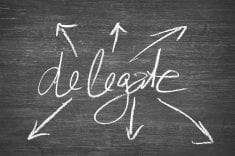 “Everyone is Normal Until You Get to Know Them.”

The quote above is something my dad said to me when I was in my early twenties. It sounded really funny when he said it, but I’ve since realized that there is a lot of wisdom in that little quip. It turns out though, that this was another lesson I had to learn the hard way.

About 10 years ago, one of our all-time best team members came to me upset and she resigned. I had made a really dumb mistake. At the time, I had never stopped to think that not everyone liked the same sort of assignments that I really liked at work. I thought she would enjoy deal-making as much as I did and this would be a great opportunity for her. Instead, she found it to be too full of conflict and uncertainty. It made her hate her job and she ended up leaving.

This mistake revealed to me the real key to delegation, which is to thoroughly understand your people. You have to know what they are good at and what they enjoy doing. The majority of their work needs to align well with their natural talents in order for them to feel successful and to in fact be successful in the long run.

The nice thing about this is that the same holds true for what business owners decide to keep and what to delegate. For every task or role that you would rather not do, there is someone out there who would love to do that work and will do it well…perhaps much better than you can do it. Your “normal” and their “normal” are just different things.

Fortunately for Poe Group Advisors, we were able to get Martha back this past April. She is excelling at her new role. 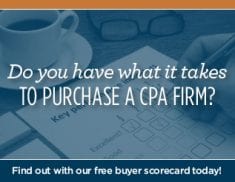 The Key to Delegation was last modified: October 24th, 2018 by Brannon Poe

Subscribe to our blog today! Browse our collection of lessons-learned, insights and observations borrowed from our books, work, life and on-going client relationships.

Be the first to receive our weekly
blog updates by signing up below.

Thank you. Not now.